Season six of True Blood will premiere on June 16, 2013 and they have been very busy filming for the new location. The location being used to film for the home of the “Governor of Louisiana” was used again this week. The character is being played by Arliss Howard and yes he was on set.  (image below shows Mr. Howard ) per the casting call for his character:

Based on the filming and all the activity at his home it seems that yes the Governor has a bit of a grudge against vampires! Hence my “Governator” comment. 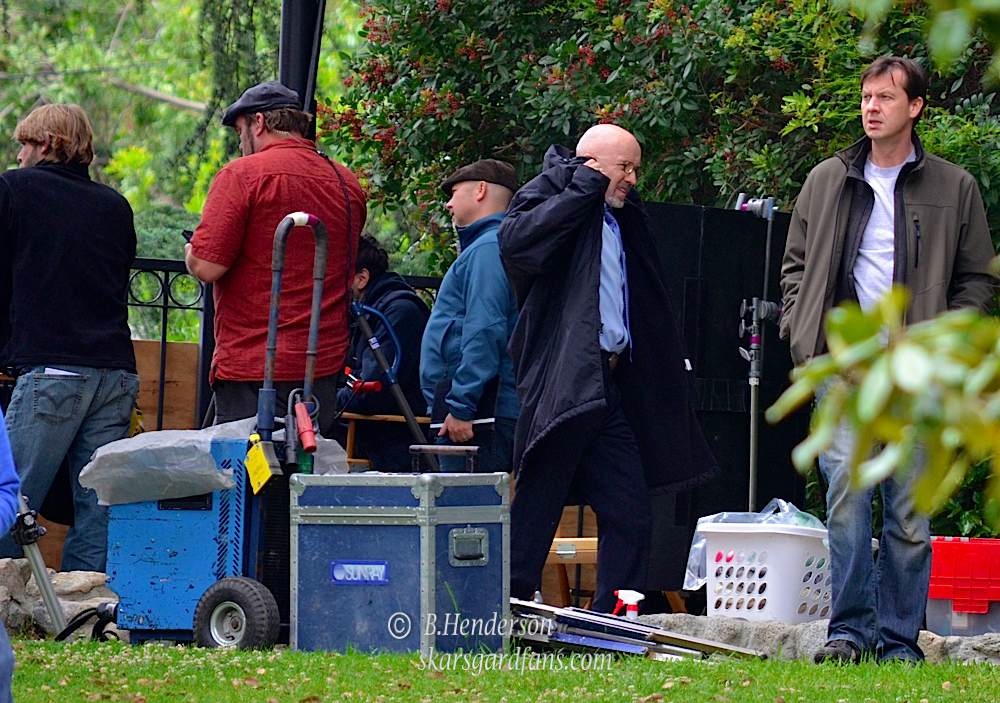 Also looked like we see some of the character in the casting call here: 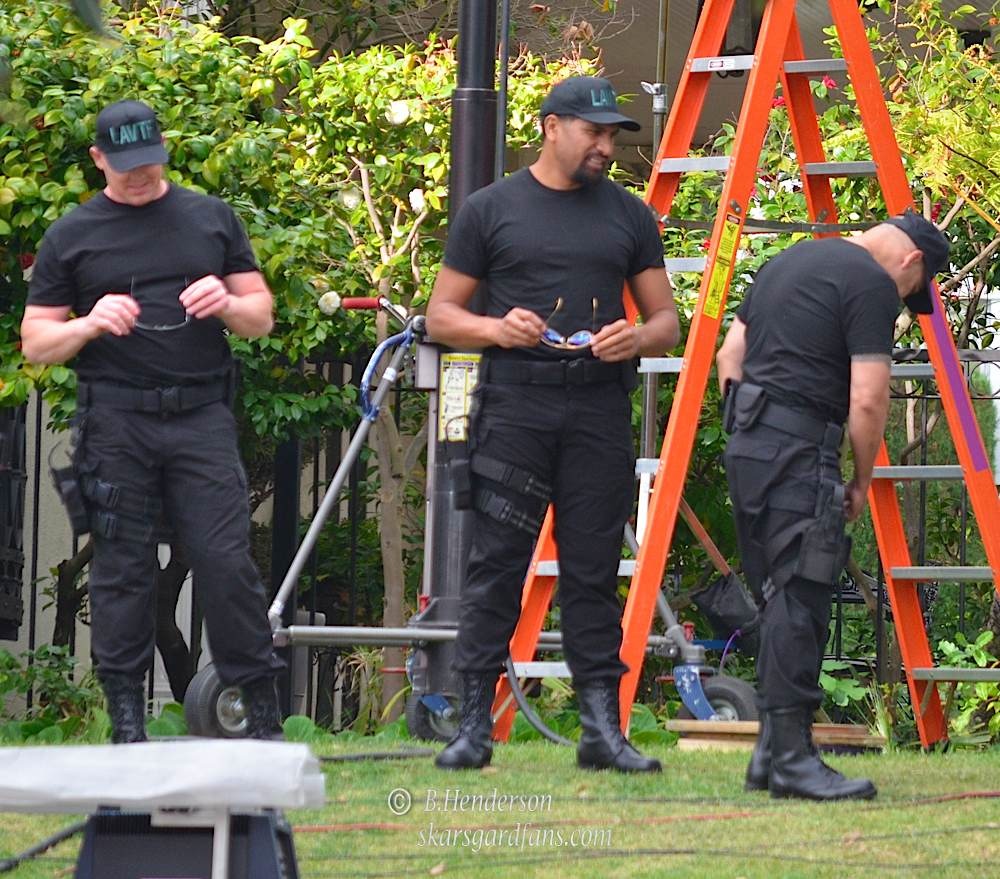 They used this home before for season 6 filming. Images here:

I did notice the addition of a statue in the back yard below: (looks like it could be of a Burrell relative if not the current governor) 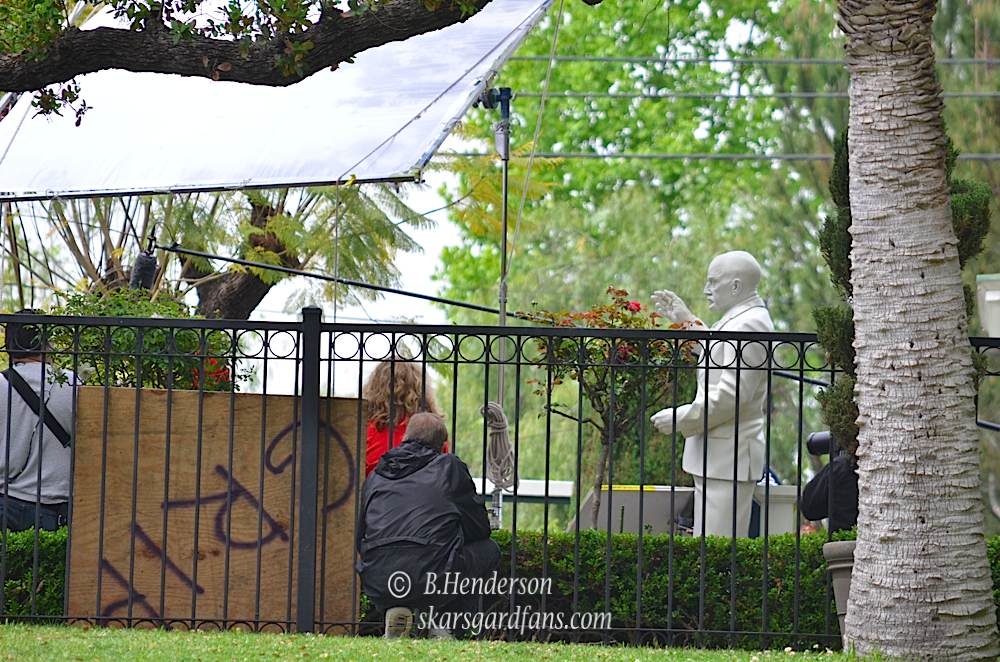 I was able to get some of the rehearsal shots in the gallery below. It always amazes me just how many people are involved behind the scenes and how much equipment is needed. The wardrobe showed many types of uniforms and suits below (the suits looked like they were for the Governor who was wearing a blue button down shirt, the uniforms looked like swat/police/guards type jackets)

I have other images I will not post until closer to air date so as not to over “spoil” the action for fans. (HBO production really does not want all of the big action items to be leaked online yet..sorry just abiding by their rules. Also I only took photos when they were not ‘rolling’ ie just when they did rehearsals). The rehearsals were held during the daylight hours but filming continued later at night.

Yes waiting really sucks but at least the new season premiere date is fast approaching! What are you most looking forward to seeing in this upcoming season? There have been some interviews where it was mentioned that humans may be posing a risk to the vampires. Even HBO tweeted this message “If the human’s want war, we’ll give them war”:

“If the humans want war, we’ll give them war.” An all-new season of @truebloodhbo is coming. June 16. itsh.bo/10qJ43S #truebloodS6

I do believe this is some of what they have been filming! At least the Governator does seem to not want vampires to roam freely as they have in seasons past. [nggallery id=510]