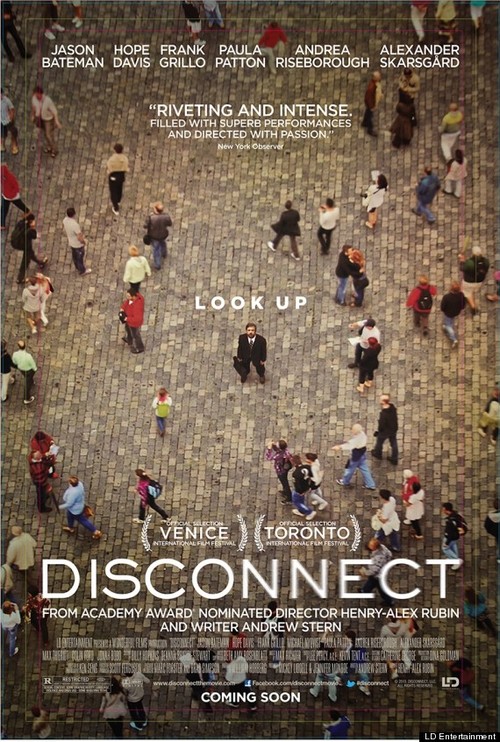 Alexander Skarsgard’s upcoming film “Disconnect” released their movie poster shown above. The film has a tentative limited release date of April 12, 2013. As more information is released I will post on the site. Friends who were lucky enough to view the film at the Santa Barbara Film Festival in January loved it!

The movie poster above is a different version from the one showcased at SBFF:

The film now has it’s own Facebook page linked here: don’t forget to “like” it to receive updates.