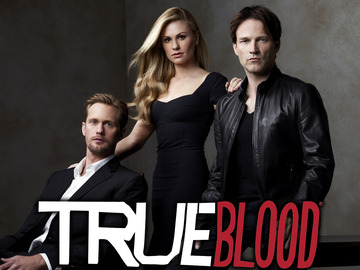 “True Blood” fans have to wait until Season 6 begins this summer to return to Bon Temps — though no official start date has been announced, we’re hearing June is a good bet. In the meantime, we’ve got an intriguing spoiler to tide you over! This week, new showrunner Mark Hudis sent out a casting call for a brand new character — and she’s going to be a major player in the upcoming 10-episode season.

The “True Blood” team is looking for a Caucasian actress in her early 20s to play Nicole Jannsen. A “do-gooder to the core” Nicole is naive, optimistic, and charming — but her idealism is “ultimately vaguely idiotic and dangerous.”

Nicole is a key member of a band of well-meaning liberal advocates. The gang models itself after the civil rights activist Freedom Riders of the 1960s, a group of progressive protesters who rode buses from state to state, challenging racial segregation and Jim Crow travel laws. The Freedom Riders were usually arrested, and fell victim to mob violence, Ku Klux Klan beatings, and cruel and unusual punishment in prison.

Don’t expect a secret agenda from Nicole, who will appear as a new series regular character this season. “A true bleeding heart,” Nicole is “not at all concerned with money; she’s concerned with the common good and doing what’s right … Life hasn’t beaten her down yet.” If you’re still not getting a clear picture, the casting call suggests that she went to Bryn Mawr College and drives an old Saab.

So what do you think of this new character?

UPDATE: 12/1/12 Here is the information from the official casting call for this character:

[NICOLE JANNSEN] Bi-Racial (African American / Caucasian) Mid 20s. A true bleeding heart. She’s not at all concerned with money, she’s concerned with the common good and doing what’s right. Probably went to Bryn Mawr and drives an old Saab. Life hasn’t beaten her down yet. She and her band of well-meaning liberal advocates model themselves after the civil rights activist “Freedom Riders” of the Sixties. A do-gooder to the core, Nicole’s naive optimism is charming but ultimately vaguely idiotic and dangerous…SERIES REGULAR

Huge thanks to MP from the Bookies love True Blood for the update! SOURCE: