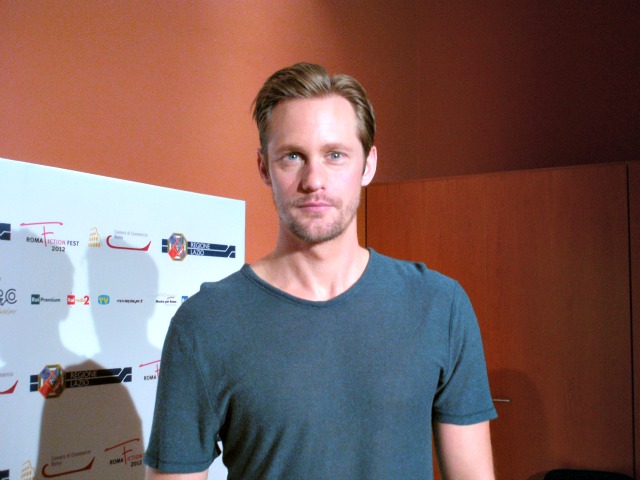 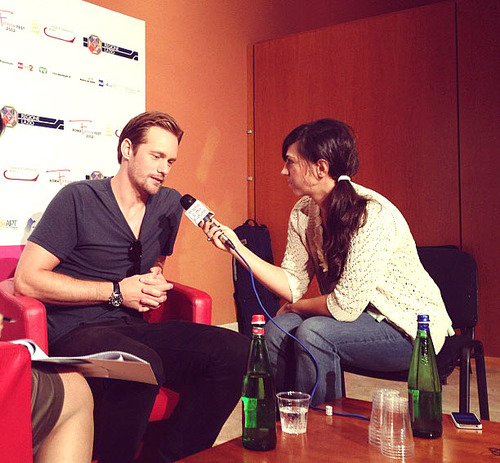 Many new photos and interviews are coming out of the Rome Fiction Fest and the Press event. I’ll keep updating the site as they come in. 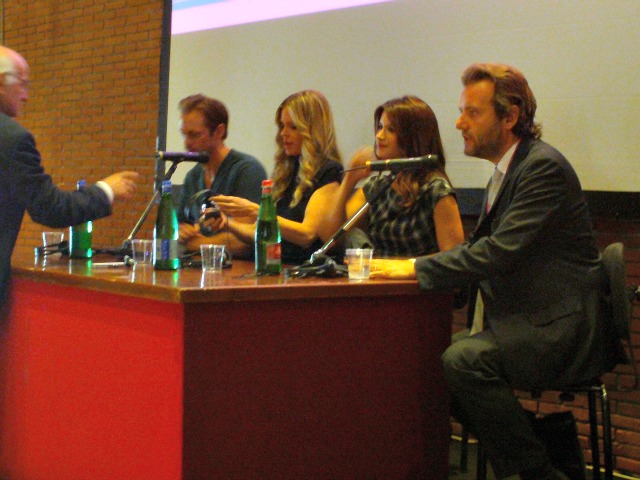 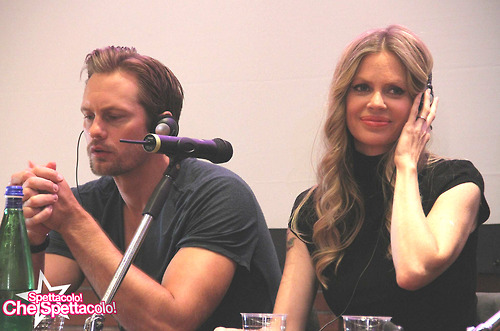 The interview below is from : Screen Week IT blog

He’s a Viking, but often smiles and is kind. And it is for this reason that despite the ambiguity of his character in True Blood, Alexander Skarsgard (Eric in the series) is the most beloved of the HBO series. Together with Valentina Cervi and Kristin Bauer Van Straten – respectively Salome and Pam – accompanied at the Roma Fiction Festpresentation of the new episodes, but only he gave us a nice interview in which he talked about the new course of the series, the fans, the its projects.

The 5th season, in our opinion one of the best, brought the fun to a higher level, between politics and epic. She thinks it is a safe bet for the future or too great a risk to run?

I think it’s an important step because we have expanded the mirror of the themes and tone of the series, we are confronted with a more political approach without forgetting the fun that is the basis of the series. This allows me to have a different relationship withBill that I find very interesting. In addition, the break of five months between the preparation and the work of the different seasons also allows me to be able to recharge the batteries, make films, and more, so that the return – and at this time the writers write – I am even more excited to discover that way they have done to take the series.

And this year in these 5 months off, what did you do?

I shot Hidden , produced by Warner Bros and directed by the brothers Duffer , a story set in a very intense fallout shelter for 300 days in which a family escape a catastrophe. It was hard, almost always in the dark, so I lost weight eating salad and water and without power I had to face intense physical strain. Now I’m charging for True Blood and it’s strange: when, after I just finished shooting, I found myself on the red carpet of theEmmys, and I found blinding lights compared to rats with which I was looking at a few days before.

Last night you had another demonstration of how much you love the fans: how do you maintain a relationship as strong as actors with the fandom?

I’m excited about the basis of our fans who support us incessantly for 5 years. Here in Rome I did not know what to expect because the last time I was there, 10 years ago, True Blood did not yet exist, and it was great to feel the love of people even outside of where you work. In our work fans are everything, and our job is to make them happy and emotional and this is the first thought, when we read the scripts as we go around doing the promotional tour: when meeting the fans I’m always happy and grateful.

Hope the fans in Italy enjoy the fifth season of True Blood! The gallery below has photos from the Rome Fiction Fest event 10/3/12: