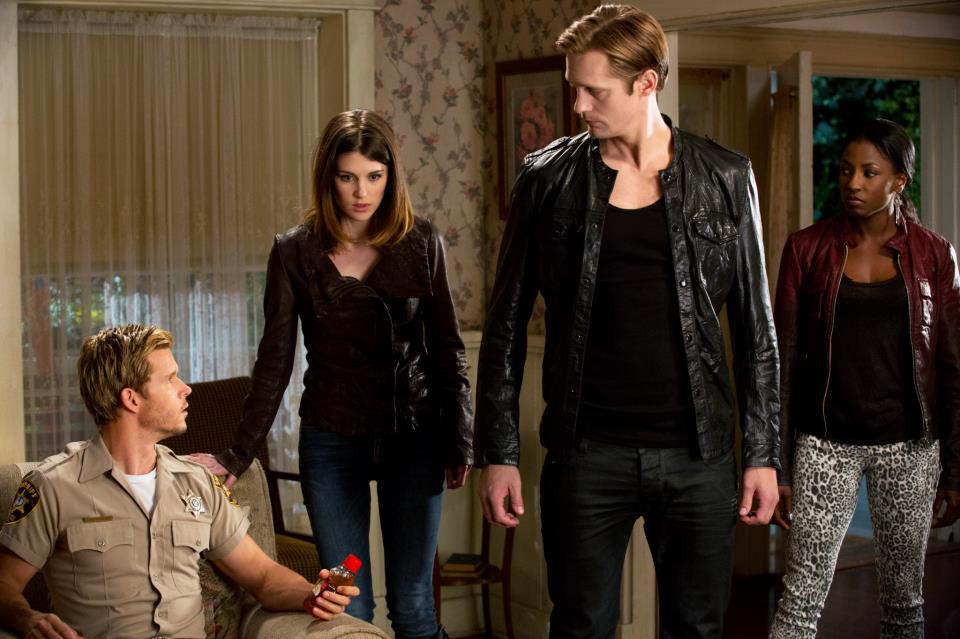 HBO posted the new True Blood season finale image shown above on Facebook. I spy Eric Northman, Nora and Tara with Jason!! Yes that looks like it is Sookie’s house (ok technically it’s still Eric’s) I had a feeling he would be heading to Sookie’s home! Keeping my fingers crossed he is able to take care of Russell and get Sookie safely home! Seeing Tara there also makes me believe that Eric will also save Pam!

HBO also has this twitter campaign going on. If there are 100,000 tweets sent out using this hashtag #SaveYourself a new promo video for the finale “Save Yourself” will be released! So get out there and TWEET!!

Here’s what they wrote:

100,000 #SaveYourself tweets unlock a SNEAK PEEK at the finale: http://itsh.bo/TSacqq