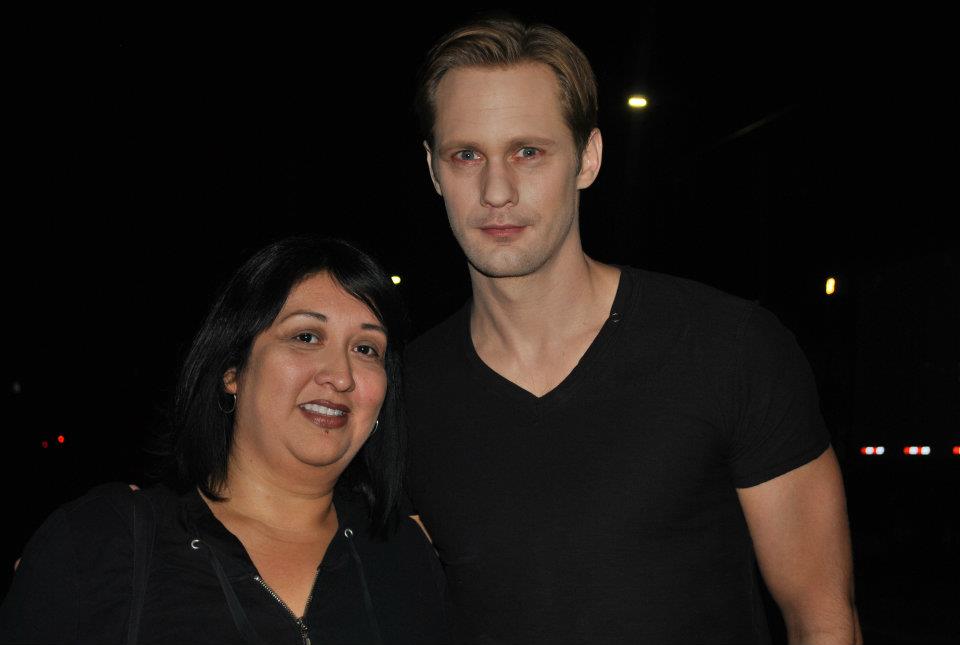 True Blood was seen filming till almost three am today at the former hospital used a few weeks ago. The fans were able to get smoe more photos taken with Alexander Skarsgard and Stephen Moyer. UPDATE: Denis O’Hare (King Russell Edginton) was also spotted on the set but no photos were taken!! SO DEFINITELY the King is back! I say they might be helping him heal. Pretty likely that Sookie is also captured!!! The image above was tweeted :SOURCE

The filming looks like it will be for episode 5.05. photos from prior filming are on this page: Could be they are keeping Sookie hostage (again?)  Sookie’s car was seen at another location showing a lot of front end damage.  Or perhaps King Russell is recouperating at this location? Yes waiting sucks!!

Here are some of the photos from another fan taken at the prior filming (Shows the interior) This image below shows what could be a “padded cell”. Lots of crosses. The casting call for episode 5.05  titled “Boot N’ Rally Ally” called for

[KATE] Late 20s-early 30s. Skinny, unconscious, Kate is one of the prisoners with the Scrawny Man in the padded cell. No lines in this episode, RECURRING[/box] 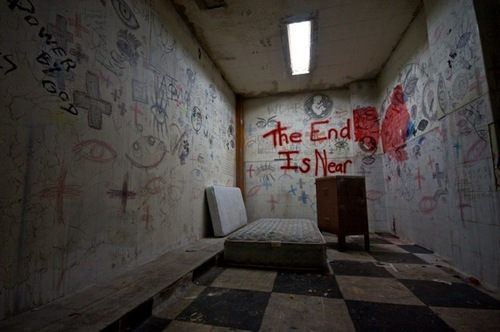