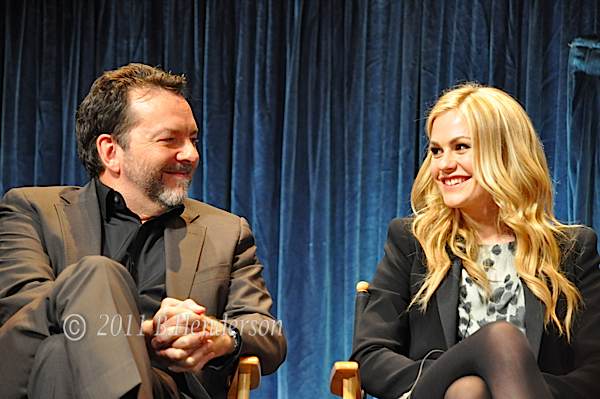 Forbes first brought the story that Alan Ball would be stepping down from running True Blood on Friday. The rumors started to fly and finally on Monday HBO released the followoing statement:

[box] “When we extended our multiyear deal with Alan Ball in July 2011, we always intended that if we proceeded to True Blood’s sixth season that Alan would take a supervisory role on the series and not be the day-to-day showrunner. If we proceed to season six, the show will remain in the very capable hands of the talented team of writers and producers who have been with the show for a number of years.  This is the best possible world for both HBO and Alan Ball. Alan will remain available as executive producer to consult and advise on True Blood and he will be free to develop new shows for both HBO and Cinemax.  Banshee, on which Alan serves as executive producer, is the first in house series for Cinemax and is expected to begin production this spring.” A replacement has not been named at this time.[/box]

Forbes spoke with Alan Ball and wrote the first news on the story:

Alan Ball, I have confirmed, will step down from being headwriter of the show about sexy vampires mixing it up in Louisiana. Explanations include exhaustion, and maybe that the show seemed like it had tired blood last season. Ball will still be with the show, I’m told, but a new regime will guide the fates of the characters into their new season. This could also very well be a money issue, as series tend to get more and more expensive as they drag on.  SOURCE: 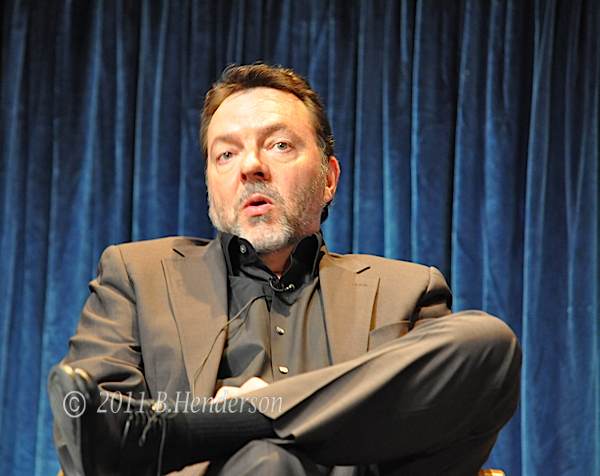 Alan Ball said this in a statement:
“True Blood has been, and will continue to be, a highlight of not only my career but my life,” Ball says in a statement. “Because of the fantastic cast, writers, producers and crew, with whom I have been lucky enough to work these past five years, I know I could step back and the show will continue to thrive as I look forward to new and exciting ventures.”

Alan Ball will have plenty to keep him busy after the fifth season of True Blood is over. HIs crime drama “Banshee” was picked up as a series from Cinemaxfor 10 episodes. He also has an HBO drama in development “Wichita” which is an hour long medical drama about a Kansas doctor (a surgeon) who becomes a focal point in the late-term abortion issue. SOURCE:

So what do you think True Blood fans? I know for me many of my big issues in the past few seasons were the direction of how the characters were being developed (or not developed). Alan Ball’s endearment with the character of Bill Compton was another one that he did not seem willing to let go of in order for the story to continue to evolve. The “sticking to the spirit” was another big issue I also had with some of the prior episodes.

I am grateful that Alan Ball did get the rights from Charlaine Harris and brought the Sookie Stackhouse world to us on HBO. They are filming for season 5 right now (appears to be episode 5.05) so waiting for the new season to start is getting closer. With the news of Alan Ball not being around for a sixth season of True Blood what will that mean? It gives me some hope that perhaps fresh “blood” will help out.

So chime in on what you hope. Waiting sucks!

2 thoughts on “Alan Ball Stepping Down as True Blood Showrunner”