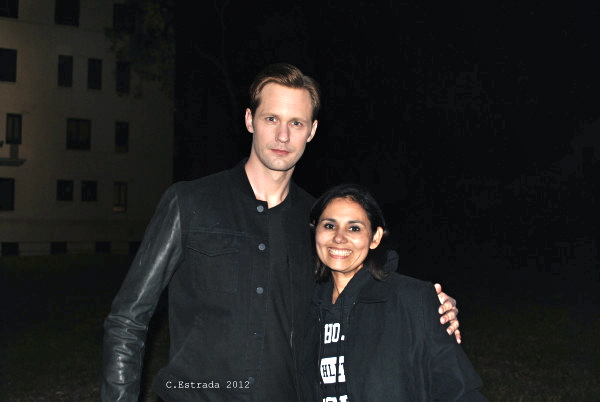 Lucky fans got to see some True Blood filming last night. Alexander Skarsgard and Stephen Moyer were filming their “vampire” scenes till the early hours of the morning. The lucky ladies were also able to get some photos and autographs from the cast. In the photo below Alex was signing a copy of “V-Man” magazine (yes with the crazy hair). 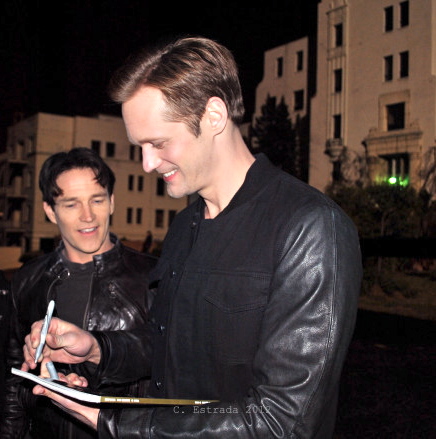 Season 5 sounds like it will be action packed. Waiting sucks but at least new photos help make the wait less painful! It seems that they were filming for 5.05. Alex and Stephen were in the back of an “Herveaux Construction” truck and Joe M. and Anna P were in the front of the truck (in the drivers section). Eric and Stephen kept hitting their marks and having fun between takes. Can’t wait to see the new season!

Huge thanks to C for tweeting! Sounds like they all had a blast. Here’s her twitter-link

UPDATE: Another fan was able to get photos of filming as well. The location used for filming used to be a hospital: Linda Vista Hospital (this has been featured on tv for being a “haunted location” and is a super creepy looking place) 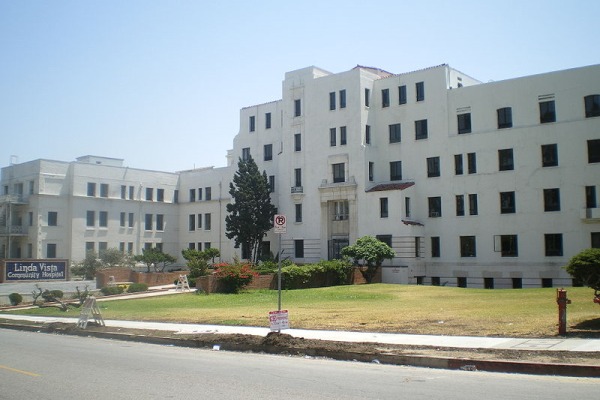 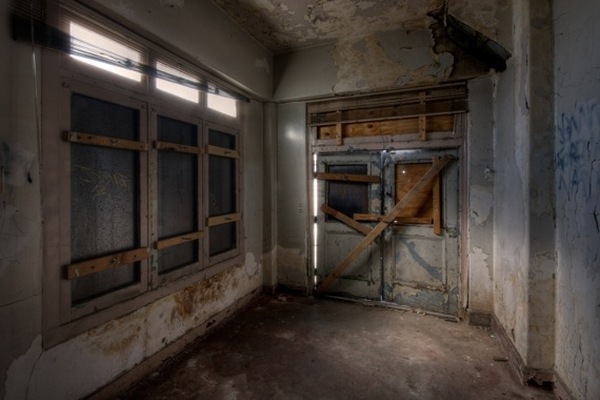 The former morgue: (was listed on the set ) 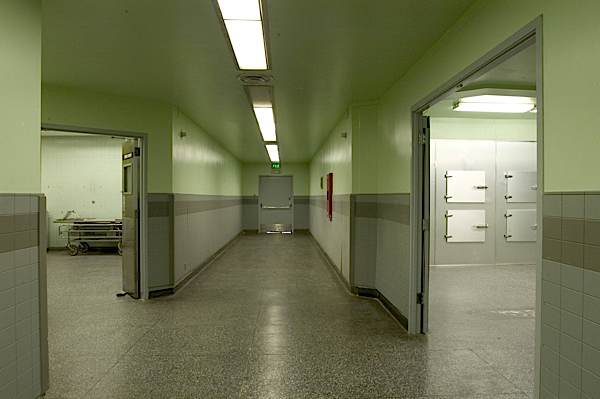 Casting call for episode 5.05 did have a scene with a “padded cell” .

[box] [SCRAWNY MAN (JIMMY)] In his 30s, very skinny, babbling in terror, he’s found in a padded cell. RECURRING [KATE] Late 20s-early 30s. Skinny, unconscious, Kate is one of the prisoners with the Scrawny Man in the padded cell. No lines in this episode, RECURRING[/box]

She got some great inside photos. The links below are the ones she sent via twitter: