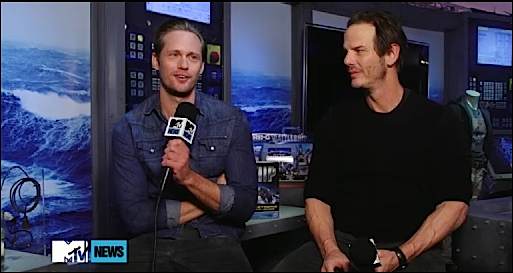 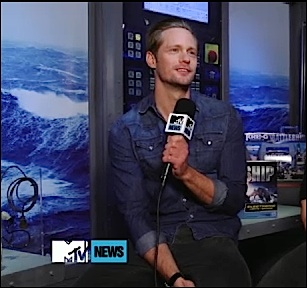 [box] “I was a fan of ‘True Blood’ [and] all the girls in the office stormed my office and demanded that we cast him,” Peter said of offering the role to the Swede. Of course, with the topic of “True Blood” on the table, I had to ask Alex for any and all hints about the upcoming season, set to debut this summer.

According to the hunk, the cast is currently filming episode four of the fifth season, and if you’ve been following casting announcements, you know a brand-new big-bad will storm Bon Temps this season: “Law & Order: SVU” star Christopher Meloni.

“He’s really, really good,” Alex enthused of new co-star Chris. “And a great guy.” As to whether we’ll be seeing the newbie predominately shirtless, Alex would only say, “Maybe, maybe not,” cheekily adding, “He’s so hot.”[/box]