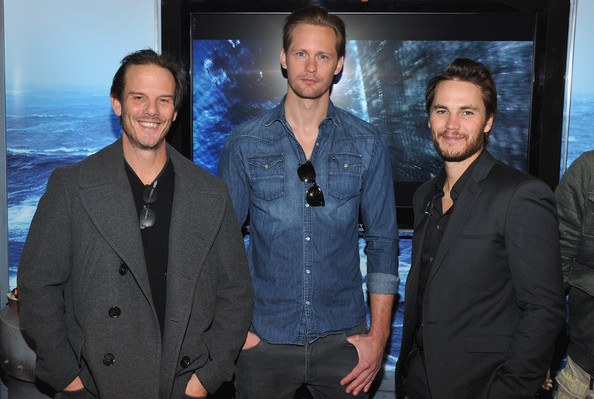 Alexander Skarsgard, Peter Berg and Taylor Kitsch visited the Hasbro ballroom at the International Toy Fair in New York City on 2/13/12. The cast of upcoming films GI Joe Retaliation were also there. The Battleship director and stars were there checking out the “Deluxe Battleship Movie Edition” shown during the fair. SOURCE: