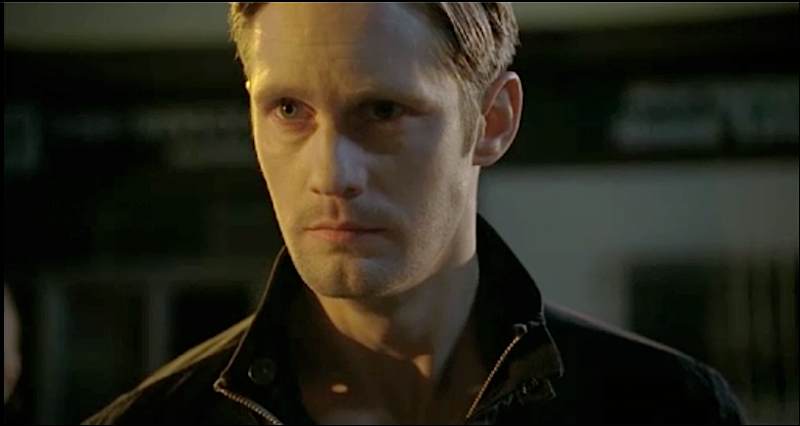 Entertainment Weekly gave us a little bit more insight to one of the casting calls for True Blood’s season 5. Casting call posted on site here:

Here is the information they have on TWO roles being cast:

[box] Creator Alan Ball and his team of scribes have put out a casting call for someone to play Nora, a beautiful and intelligent 25-to-35 something who plays a double agent within the Vampire Authority. What’s even better than that? She’s got a big history with Eric (Alexander Skarsgard) because she’s a progeny of Godric.

Nora will be a series regular role that may (or may not) involve a little nudity. (It IS True Blood, after all).

Meanwhile, Co-Executive Producer Raelle Tucker told EW that they’ll include a “very significant, strong, mysterious woman at the center of one of our main stories next year … a very familiar and compelling character. It may be someone you’ve heard of before.” Especially if you’ve read the Bible: The True Blood team also put out the call for someone to play Salome, as in THE Salome, daughter of Herodias, from the good book. She’s a powerful ancient vampire (hmm, don’t remember that part from the New Testament) and a world-class seductress who’s also a little mad. So she’ll fit right into Bon Temps.[/box]

20 to 40. THE Salome from the Bible. Dark haired with dark features, exotic looking, Mediterranean, Middle Eastern and /or African. An ancient vampire who is a world class seductress and fiercely intelligent. She also has quite a lot of madness in her. She is the most powerful person in every way yet capable of hiding this power when it serves her purposes.

SERIES REGULAR ACTRESS MUST BE WILLING TO DO NUDITY

25 to 35. Beautiful, any race, centuries old. A double agent working within the Vampire Authority. Eric’s vampire “sister” a progeny of Godric. Intelligent, intimidating, cool under pressure and a very good liar. She loves Eric deeply, but has dedicated her life to a higher purpose.