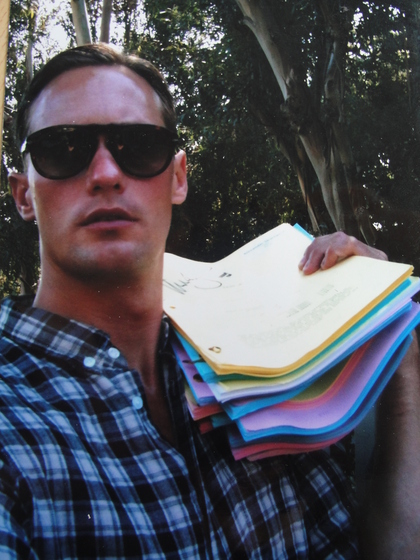 As the bloodsucking Viking vampire Eric Northman and his loyal protege Pam De Beaufort, Alexander Skarsgard and Kristin Bauer have us wrapped around their fingers…or should we say fangs? The delightfully badass duo have had quite the season battling Marni’s wicked witch spells, love triangles and the anti-vampire league. Now, the actors who have brought Fangtasia’s vicious vamps to life are giving fans a chance to own a permanent piece of the True Blood saga. Click on Read More: 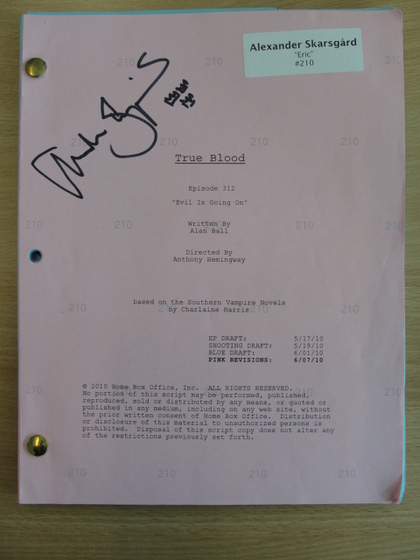 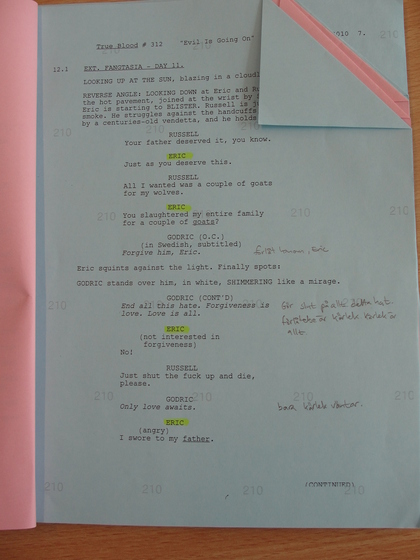 Charitybuzz is auctioning two autographed True Blood scripts used by Skarsgard and Bauer to the highest bidder to raise funds for Greenpeace. (images above show the script that Alexander Skarsgard signed)  The first script was owned, used and autographed by Alexander Skarsgard during the filming of the show. This script actually has his notes in the margins, so fans can really get to know the man behind the vampire! The second script was both owned and used by the Kristin Bauer and is autographed by Kristin and cast members Alexander Skarsgard, Joe Manganiello, Sam Trammell, Deborah Ann Woll, Jim Parrack, Carrie Preston, Brit Morgan, Todd Lowe, Marshall Allman, Dale Raoul, Fiona Shaw and Rutina Wesley.

Proceeds for these items benefit Greenpeace International to raise funds for the construction of the Rainbow Warrior III, the world’s first cutting-edge environmental campaigning vessel.

Charitybuzz raises funds for nonprofits around the globe through incredible online auctions giving bidders exclusive opportunities to make a difference.

Good luck to all bidding! Fantastic to see how much the True Blood cast does to help out worthy causes!