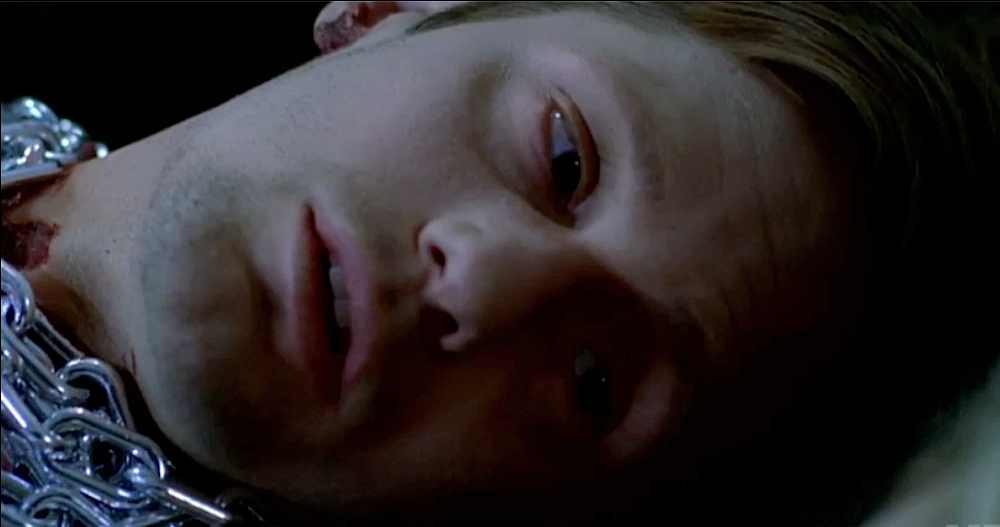 True Blood fans that were lucky enough to get into Ballroom 20 at Comic Con yesterday were given quite a treat yesterday. Not only did they get to see the cast in person but also had a chance to hear about the rest of the season from the cast and Alan Ball. Alexander Skarsgard definitely received the loudest reception. (Hope you heard that Alan Ball. Yes there are fans who like Eric Northman).

The Hollywood Reporter posted some of the “juiciest spoilers” on the link here: THR.com here are a few of my favorite ones:

5. The famous Eric-Sookie shower scene. Confirmed. Kind of. We don’t read the books, but we also don’t live under a rock. In the Charlaine Harris books, there’s some kind of shower scene that all the readers are waiting eagerly for. Ball says, “There will be a moment in the show when Sookie and Eric will be in a shower. It may not be exactly what happened in the books. It may be weirder and dirtier.”

7. The “sausage party” by the lake. Paquin refers to the scene in the last episode, which she shares with a naked, swimming Skarsgard and a naked growling Joe Manganiello (who’s in rehearsals for his new movie) as the “sausage party.” “I’m 5-4 and ¾ and Joe Manganiello is a foot taller than me. So, let’s just say that proportion wise, when I turn around and look at him… from the professional side it’s very awkward.”

9. The making of Pam. Ball says that we won’t see how Eric became Pam’s maker. Well, not until Season 5

10. Who would Lafayette choose between Bill, Eric, and Alcide? Ellis says he’s happy with Lafayette’s current love, Jesus (Alejandro). Yet, just as the audience is in mid-aw, Ellis says, “Shoot, I’d date all four of them.” To which Ball responds, “That’s season 6.”

15. Flying and flashbacks, these are a couple of Skarsgard’s favorite things. The actor says he just enjoyed doing the flying scenes and says of the flashbacks that “you get to learn a lot more about Eric and Bill, where they come from and why they’re like what they are today.”

For the full list and their coverage of Comic Con please visit THR.com (love this site)