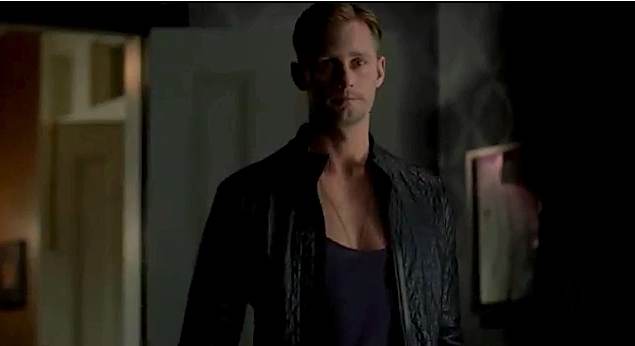 The critics have spoken on their take of the True Blood season 4 premiere. HBO released the video below with some of their “Fangtastic” comments.

What is also interesting was how HBO included some new footage in the trailer above. There are some interesting new scenes being shown that may answer a few questions (but also raise a bunch more).

SPOILERS–Don’t look at the images in this post if you don’t wish to be spoiled!!

We finally get to confirm who was locked up in the Fangtasia basement! We even see the “rescue party”.

Also seems that Lafayette suffers from more “visions” and this one seems to be similar to the one in Season 3 where Jesus was shown wearing a mask.

New scenes of Alcide (perhaps post shifting since he looks like he is putting on his pants) Or is he getting ready to shift and is taking off the pants? 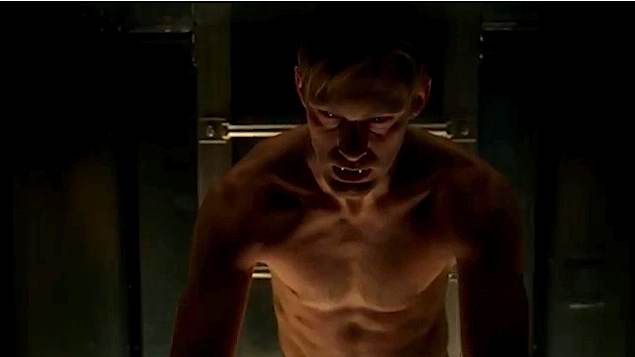 Another look at Eric in his “hidey hole” in the wardrobe in Sookie’s house (well technically it is Eric’s house). Definitely amnesia Eric in the photos! Fangy yet looking a bit scared.

The gallery below contains the new images from the video above (if the action shown was already in another promo I did not do the screen cap trying not to duplicate where possible) enjoy!