There was an extended trailer shown at the end of True Blood episode 4.02 “You Smell Like Dinner”. (the screen cap above is from that promo trailer. Eric is responding to King Bill zooming into Sookie’s home) Once again Alan Ball is teasing True Blood fans with a lot of action. The screen caps help show a little bit more detail where the video just zips by too quickly.  Yes we do hear Bill , I mean King Bill say to Nan some of the issues he has with Eric Northman (how he does not respect The Authority). We also hear Bill say how the answer is for the vampire to meet “his final death” and we see Bill going in for a staking. 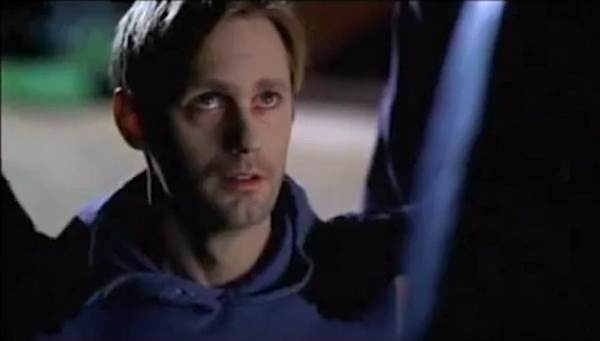 Of course Alan Ball wants fans to think that King Bill will stake Eric Northman. Remember though how much Alan Ball loves to cut and splice scenes out of sequence. I’m pretty sure that King Bill does not kill Eric Northman in episode 4.03 (ok having been able to watch some filming for episode 4.11 I know Eric is still alive until at least that episode)

We do see Eric Northman held by the bodyguards (guess his name on the manifest was not enough) He is kneeling in front of the  King. Notice how we do not see the face of the vampire that King Bill is staking in the photo below. Hmmm. We only see the back of the head. 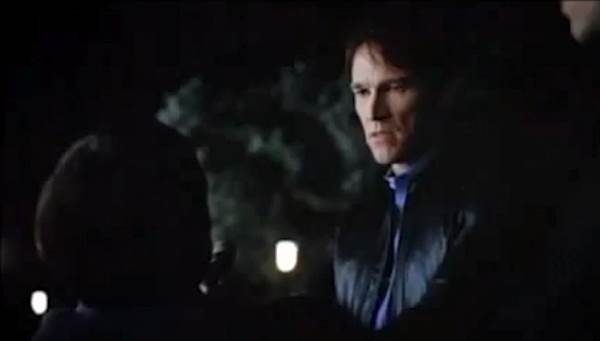 King Bill going in for a “staking” below: 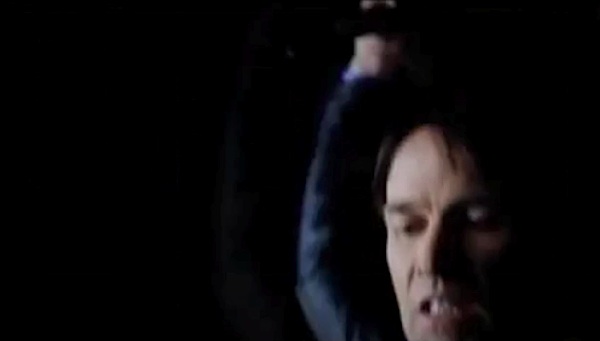 The video I used to do the screen caps is found here on Youtube:

Another tease for fans has to do with King Bill and just what the heck is he doing with Marnie in the image below?

As if that image alone were not enough to leave fans with questions here is another image that needs some explaining. Does not King Bill wonder whether or not the Bellefleurs of today in Bon Temps somehow have a relation with his deceased with Caroline Bellefleur? (we saw the dedication of thecenter in Bon Temps in the season 4 premiere). Otherwise Portia Bellefleur would somehow be related to King Bill. UPDATED: I heard Bellefleur but I guess it was Caroline Compton! LOL never mind! Still nice to see King Bill having some fun.

Amnesia Eric does look quite different from the swaggering Eric Northman fans are used to seeing. Waiting sucks but at least we have a lot to keep us teased with!

It will be a lot of fun to see this “dream” perhaps involving Godric. I do see Sookie in her bed. Wonder what Eric is doing there? Hmmm..

Looks like Jason is not the only law enforcer who will be having a rough time this season. Sheriff Andy Bellefleur is shown meeting a critter with a big bite (and it’s not a vampire).

The gallery may be found on this page on the site: TBS04 E02 True Blood screen caps 2011