The HBO “Buzz” for season 4 video was taped during the True Blood season 4 red carpet premiere and after party. The video also included some snippets of season 4 of True Blood. The gallery below contains the screen cap  images for the newer scenes. Spoiler alert! 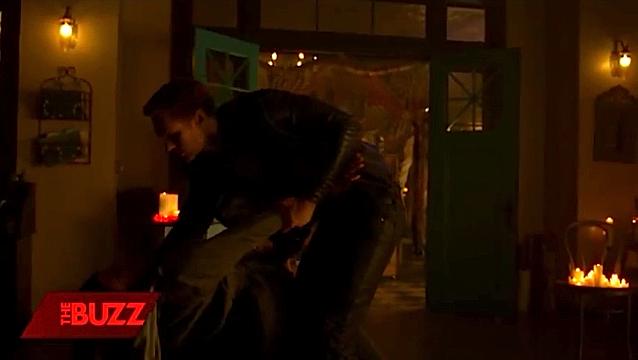 Looks like the image above is for episode 4.02. Tara tries to stake Eric and he is not amused! Poor Tara didn’t she learn to not mess with vampires in season 3? 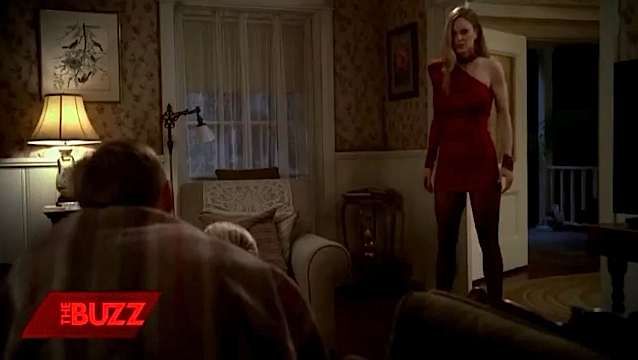 The image above shows Vampire Pam rushing into Sookie’s home. Busted! Pam is wearing the same outfit that is shown in the image below from a Season 4 promo for episode 4.03:

Looks like Sookie is tending to Eric’s feet. The look on Pam’s face is PRICELESS!  At least now we have a better idea of why Pam is on the ground! Waiting sucks but the new season is less than 24 hours away!