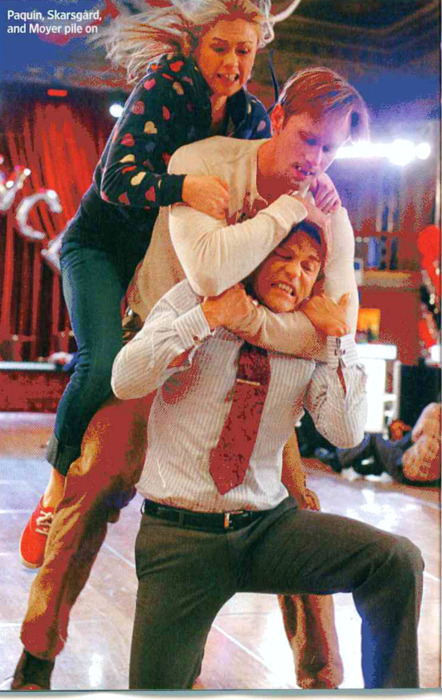 Looks like Season 4 will be quite an action packed one for True Blood fans! The image above shows Eric Northman (wearing what looks a lot like the shirt he wore for episode 4.10 link ) grappling with Bill Compton. Good old Sookie is there to stop the big ole Viking Vampire from giving Bill one heck of a neck ache! 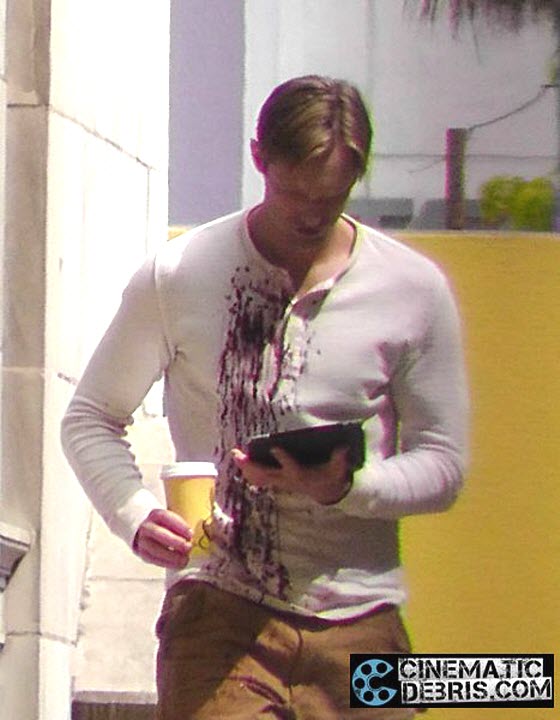 Photo of Alexander Skarsgard from filming 5/14/11. On site filming for episode 4.10 at the Millennium Biltmore Hotel in LA.

I’ve seen some other spoilers that pretty much confirm my suspicions of what leads up to this but I’m not spilling until closer to when that episode airs. (note the red “stuf” on Eric’s shirt) Yup. Bill Compton may be getting a bit of viking medicine here!

UPDATE: This image comes from the new Entertainment Weekly Magazine. full page scans below in gallery: