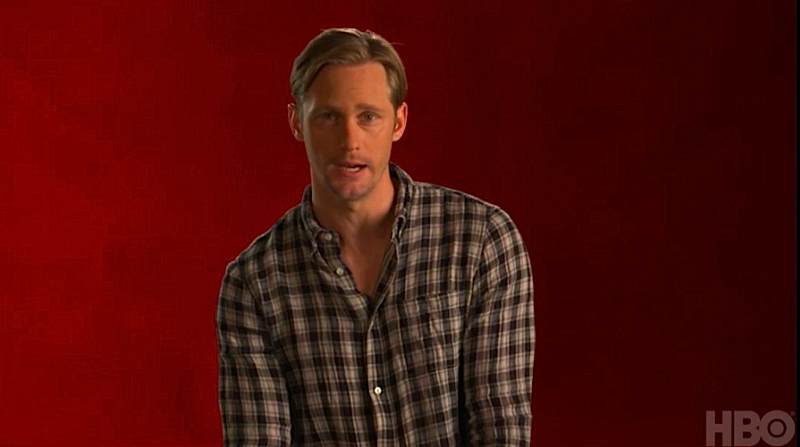 New images have surfaced online for True Blood’s season 4 filming. This looks like it is for episode 4.11.

Alexander Skarsgard and Kristin Bauer van Straten can be seen in the photos. The woman on the ground appears to be Annie Fitzgerald (character of Kirsch). This looks like the action that takes place right after 4.10 (which was filmed 5/14/11)

here is a close up of the woman/vampire on the ground. It also looks like there is are some vamp “remains” on the ground also:

Annie Fitzgerald will portray the character of Kirsch