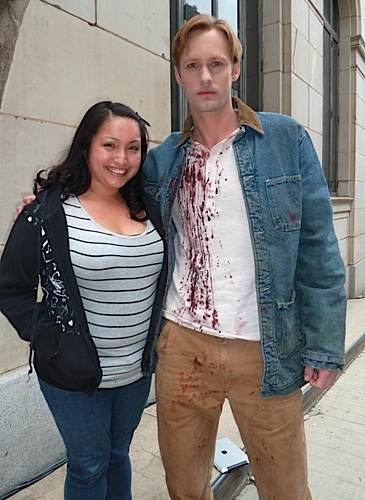 OLV site (on location vacations) posted the article below. Lucky fans thanked them for the heads up on the filming for True Blood in Los Angeles.

Here’s a look at what they had to say about the shoot and another photo too!

My girlfriend Liz has been a fan of TB since episode 1, thanks to you OLV, we were able to see Anna Paquin, Stephen Moyer and Alexander Skarsgard in person while filming episode 10 ofTrue Blood today!

(SPOILER: There are several men “dressed down, southern… “hick” style”, beards, messy clothing, along with several other men DRESSED IN BLACK stealth gear (black beanies, black gloves, black army style clothing covering their entire body” (some men were bloodied). We could not see what was happening inside the Hall Room.. but at the end of every take, men and women ran out of the Hall screaming. Alexander Skarsgard was bloodied as well.)

The lucky fans were also able to have a photo with Stephen Moyer: 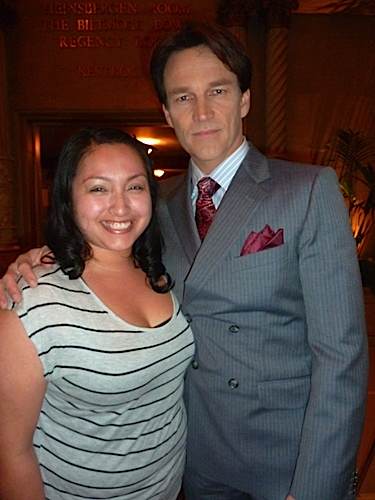 Photo gallery below contains more images from the filming: