The new season 4 promo for True Blood the “wait is almost over” has caused quite a stir for all the fans. The new video has kept us guessing even more just what will happen in season 4. I addressed some of the issues in the earlier post. Here are a few more. One of the big questions left at the end of season 3 was what will happen to Queen Sophie Anne? Bill is seen attacking the Queen. In a “matrix” style jumping through the air both vampires are shown mid air in the season 3 finale and then fade out!

In the new video we see the Queen battling someone: (black blur on floor). Some fans are saying this may be a shifter due to the shape. I can see why they might believe it to be an animal since the image that is shown in the video right before the battle scene is of an animal. However-the background shown for that scene is not Bill’s home but the Hotshot shed. (note the tools in the tools in the background)

We see the Queen right after the image above: 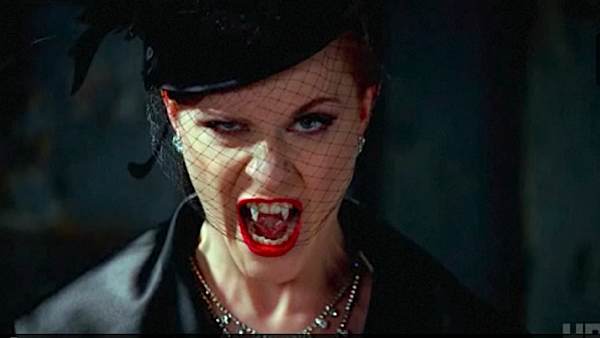 Ok no matter how many times I do the screen cap I don’t see that. Here are the images I have so far. Included some of the mid special effect ones (there seem to be two images shown)

When they are filming the “vampire super speed” scenes some of the action seems to disappear from the screen (and added back in editing). A few of the screen caps seem to show no one on the ground: 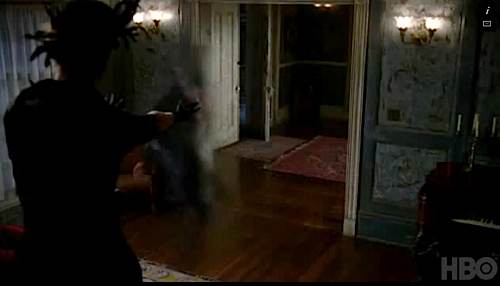 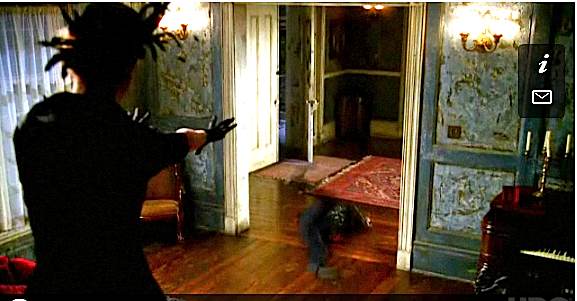 Of course I could be wrong. I’m not saying that it is only Bill that will attacking the Queen. He will probably have help. Don’t forget also that in the season 3 finale we did see this image below: (and we know that Maxine might be gunning for the redhead  Jessica in season 4 since she stole her baby boy Hoyt’s )

We’ll have the answer of what happens in the season premiere!

One question I hope is answered soon is whether or not this screen cap from the Spring promo trailer is for True Blood or whether it is for another HBO show (looks like it could be for Boardwalk Empire). I think the first cap below might show a fire inside of the home of Hoyt and Jessica. 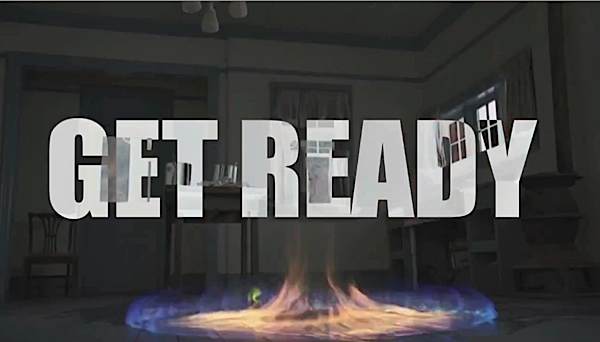 Photo Credit: © 2011 HBO Spring promo trailer looks like a fire ahead for season 4 (if this is a True Blood scene)

There was a lamp on the floor of Hoyt’s home that looked a lot like the one in the Spring promo trailer above. The screen cap above might not be from their home but I have a bad feeling that there will be a lot of anti vampire sentiment and baby vamp Jessica may be in harms way. I really hope I’m wrong.

There were already some photos posted online showing a fire at the cottages that Sam owns (Terry and Arlene’s home and also Holly live in those). I believe that the Spring promo video screen cap below shows one of Sam’s cottages below: the roof line is very similar. (this fire looks like it was set from outside) 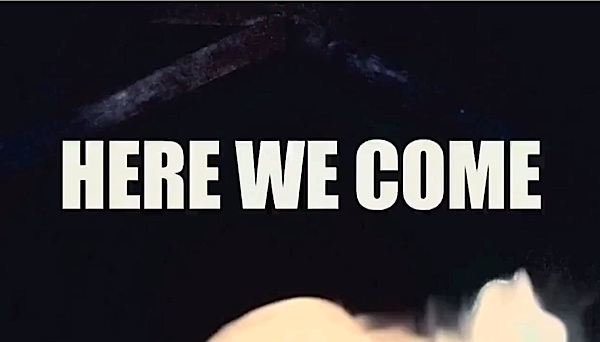 Yes Waiting SUCKS. Hopefully we will be teased again with new promos soon. I know they are filming in Los Angeles and the timing looks like it may show vampire action (no daylight filming). Love to hear from other fans on what they see in the images.