This image has been out for a little bit by now. I cropped out the fan and one of the cast members. (don’t want to upset the powers that be at HBO). It was taken on the set during filming of Season 4 of True Blood. (found online in a tumblr account a huge thanks to Sookieverse blog for the find!). It shows Alexander wearing a blue flannel shirt. This shirt seemed very familiar to me and yes it does give hope that season 4 will include some of the book “action”. The action I believe we might see is perhaps a certain amnesiac Eric wearing clothing that belong to Jason (or perhaps clothing that Jason is sent out to buy by Sookie). The shirt did look familiar for a reason. I found a screen cap from Season 2 episode 10 where Jason and Sookie return to Bon Temps to discover it quite a mess after the Maenad’s influence. shown below: 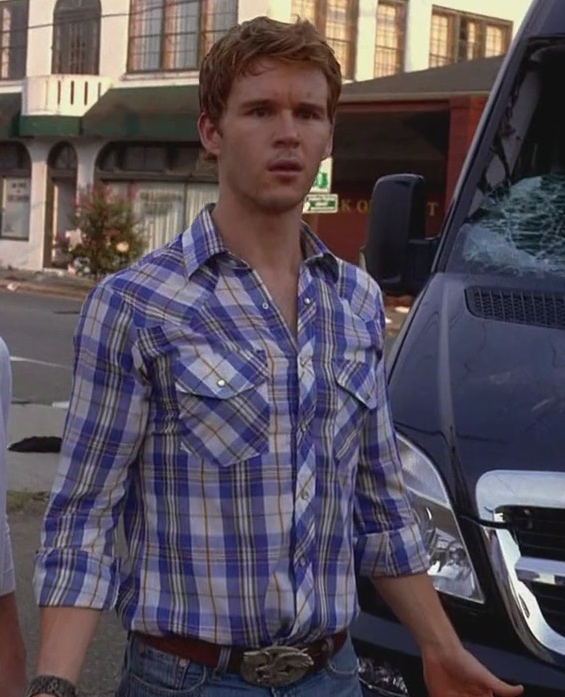 If it is not the same shirt it sure looks like one very much like it. Either way it will be fun to see just why Eric is wearing this and why is he in Sookie’s house! Waiting sucks but at least finding goodies like this photo make the wait a little more bearable.