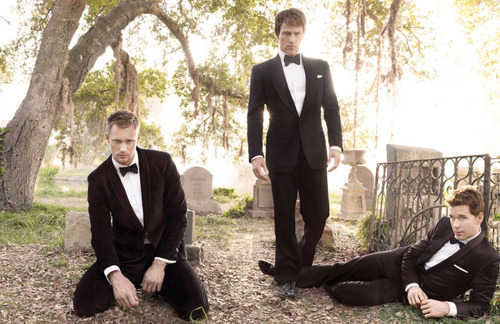 Alexander Skarsgard, Stephen Moyer and Ryan Kwanten were featured in the December 2009 GQ Men of the Year Issue. An out take photograph has surfaced 9/3/10. The images were taken by Mark Seliger for GQ Magazine. The image is shown above. Comparing the out take image to the one used in the magazine below shows a subtle difference. The one utilized for the magazine shows the men with “undone” ties and creates more of a mystery. 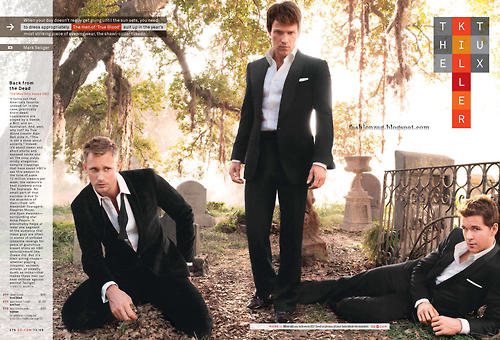 The gallery below contains images scanned from the magazine and also images from the GQ Party celebrating the issue.